I feel so sorry for this anime!

You know what really annoys me, people who complain about anime that they were clear not properly watching.

One complaint: “The story has no consistency”   T_T…… You understand we jumped back in time halfway in the show (he did change reality).

“This anime has no story.” Where we watching the same show? It’s about 3 magical children who have the power to save/destroy the world.

“What dose underwear have to do with anything?” When Yuuta Iridatsu see’s ladies underwear a huge surge of power engulfs his/her entire body and if too much power is created BANG!

Dose this anime have problems? Yes, but they are no where near bad anime levels. At most this anime is average with very little pulling it down in the “That was so dumb i’m going hit my head against a wall.” levels. It’s like when people complain about “strike witches”  and choose the one girl who is not wearing her underwear in front of everyone (Yoshika Miyafuji  wares a swimming costume). *Even If I don’t like an anime I will see defend it when someone has clearly not watched it or didn’t pay any attention.*

XD There is a good reason why I do impressions not reviews (“Re-view” There is a clue in the name).  ^-o The benefit in re-watching something allows you to pick up on things like this If you just wanted to watch it as a casual the first time round.

I feel sorry for this anime because the first episode makes it seem like a fan-service anime and that’s not helped by the sexy sounding panty eye-catches. This anime Is really about a huge asteroid coming to destroy the planet and only orange juice seems to have the power to stop it.  Yuuta Iridatsu Is given the job of making sure the timeline changes for the better by saving orange juice and all the girls who live in the dorm.

The show has a lot of energy and never seems to fail in the animation department (It’s nice to see anime where the creators were clearly putting a piece of them selves into it).

^_o I had a fun-time watching it even if the story got a little hard to follow at times.

O_O wow! If you guys don’t know I have a little test I fill out when trying to figure out this final score and this anime got exactly 60% on the test.

This anime is on the higher level of average.

^-o final verdict: If you want to what some high energetic fun jump in however, if you look for a deep and meaning full story with well developed charterers stay far away.

why is there a lack of female nerds/geeks?

To tell you the truth I believe there are loads of female nerds/geeks out there……however, I also believe a lot of lasses ether deny it or hide the fact they like these kinds of things because its not socially acceptable.

Is it mans fault? NO!

Social pressure comes from both sides.

When I was in school my teachers constantly kept telling me that the most important thing in life was to be accepted by your peers.   The female group mentality would not allow anyone that didn’t fit there idea of perfection in there bitchy femininity to get away without a good beating.

T-o I have read similar stories happen to nerd/geek boys.

people always ask: what is a nerd? answer: It is someone who loves to study.

*Being a nerd doesn’t mean you will be rich or smart with computers it just means you know a lot a random things (DB “I’m not smart, I just know a lot of useless junk.”)*

what is a Geek? answer: A person who obsess of a particular topic.

*Even nerds can geek-out.*

I personally believe that pop culture over romances the idea of being a nerd/geek to the point where people ignore the amount of social isolation a lot of these victims of bullying have had to grow up with. T-o If you could find a secure group of friends you were fine however, most of the time you would find yourself on the receiving end of the bitchy stick due to your odd interests or strange piece of information you come out with.

Parents will keep there girls away from things like comics and games due to the fact they fear there child will be seen as different making them in reflection standout uncomfortably out in a crowd.

things I hear form parents on buses and while I’m working.

parent 2 “You will need to shift her to frozen before her birthday.”

farther to son: “You can have any magazine”

“You can’t have that people will think there is something wrong with you.”

The magazine scenario happens a lot.

For this reason a lot of girls don’t get into games and comics until they are way older.

4 jobs (technically 2 in a legal sense).

T-T  What did I do after my 3rd job? I  slept on DB’s sofa for a hour….that sounds about right.  I personally find that Saturday is the worse day to be doing an extra location because I don’t work nights (normal sat 2 jobs), this means that me and DB get to see each other for a good 7-8 hours (anything that takes away for this time irritates me to the core).

I see him 30 minutes Monday/Friday and 5-4 hours Wednesday.

*Wednesday and Saturday are important to me.*

Knew that would happen

As soon as I go back to work I’m covering for someone.

*My area manager pays me well for doing it (I see it as going on mini adventures to different villages).*

XD It’s fun having to map out my journeys, find the location of bus stops in order to finally locate buildings where you must hunt-down the cleaning equipment! ^-^ I always wanted a job that would allow me to explore different places.

I was at the dentist sitting on the chair when it happened.

dentist: “Quickly get some biscuits and some lucozade!”

My brain has never been good at regulating energy throughout my body.

^-o Usually my brain short circuits before my blood sugar depletes (I can usually eat and drink before a hypoglycemic attack has time to settle in).  T_T It’s such a pain to deal with my head when it can’t control my emotional panic response (fight or flight) or energy distribution.

Normally only my hands or feet uncontrollably shake but this time my entire body went into spasm and I couldn’t even open my eyes.

This has only ever happened to me one other time (English class in college) however,  in that situation I did momentarily pass out.  T-T Some sick college girls thought it was funny how I was freaking out in the corner of a classroom (They were harassing me) until I clasped and stated shaking on the floor.  They all ran part for one that my friend who had just returned found panicking.

*I was on the floor rapidly blinking in my attempts to keep them open while trying to regain control.*

XD  I could only image the look my friend gave her with the tone of her response.

O_O My brain wasn’t willing to give up willingly on it’s panic response meaning I had to shut it down manually by relaxing my body and willingly letting my brain enter a sleep like state.  When I woke up there was a man and a bunch of students standing around me….How long was I out!

It was not hard to get myself back together in the dentist scenario for it was just a matter of getting my breathing under control and eating/drinking (no energy), with the classroom scenario all my bodies energy supply had been cutoff because my brain was trying to find a solution to the panic response (Y_Y I had to have a logic battle with my own brain). *People wonder why I describe my subconscious as its own personality. *

For anyone not in the know this was hinted at about 2 years ago.

^-^ It’s nice when your weclome is: “Never go on holiday again!”

*It makes you feel appreciated.*

Y_Y I was furiously angry at the state my shops had been left in by my cover (told my manager what I thought of the people he sent).

I should be able to go on holiday without worrying about work.

In all the reviews I read for this series no one mentioned the dumb science explanation they use to explain what they are!

*Me and DB had a 40 minute argument trying to understand what had just been stated.*

DB: “I don’t really care anymore; we call this Crappelion for a reason.”

ICY: “Anyone can say it’s bad however, it’s a completely different thing understand why it’s bad.”

XD 1 episode can take up to 1 hour for we keep having pause and discus (I’m going to love watching magical warfare with him).

Called it!  I remember someone online describing this show to be when the name and description was announced. Me: “That sounds like smile pretty cure.”

*There are 13 seasons of pretty cure!*

The funny thing about the pretty cure series is that you can see the show slowly progress to a younger audience as each season passes.  At first you can tell the show started with trying the aim for the age group 7-11 and slowly fell to 3-7 year old’s in its latter seasons (perfectly illustrated by the artwork).

*Personal I believe this anime jumped the toddler shark during there Doki Doki season.* 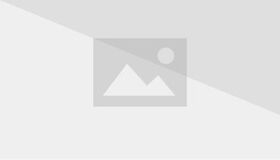 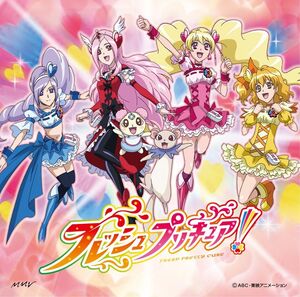 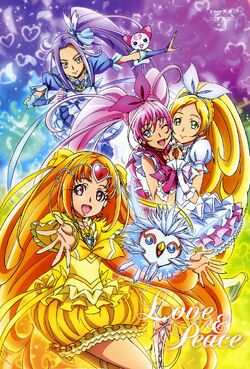 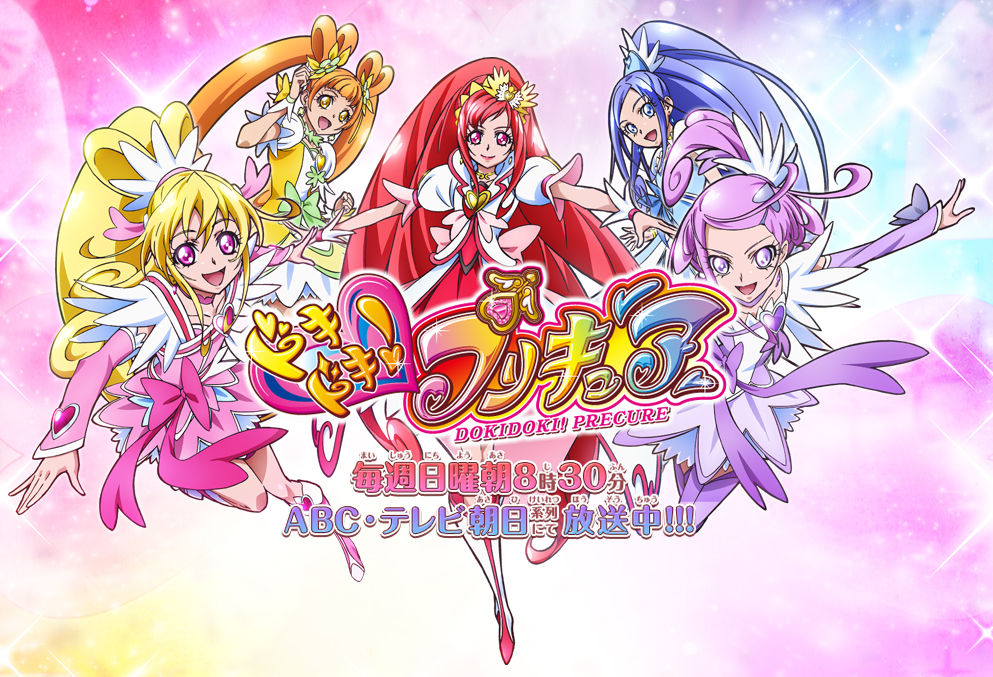 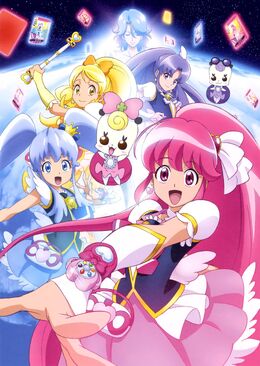 I managed to start rewriting the first chapter of my first story and it came out good! I’m super happy that for once it didn’t feel overly forced.

I stopped writing  3-4 years ago when I just lost all imagination in my wordplay which made my chapters feels wooden and lifeless.

T_T  It’s going to be a uphill battle but I will get my 1st story completed (it will keep me busy while I’m waiting for DB).

*I have always wanted to finish at least one story.*