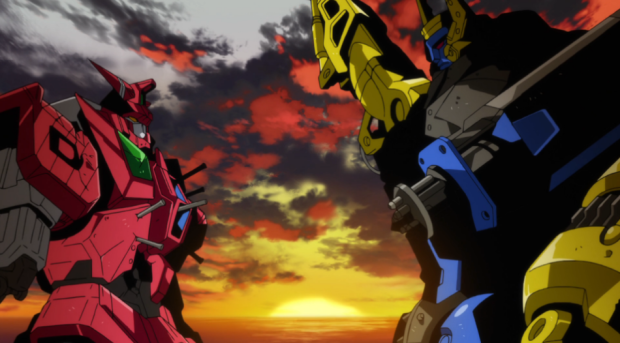 Isn’t ironic that the episode that they are mocking giant robots is better then a noraml episode because it has giant robots.

*This anime is about robot police…..that’s it.*

Do you know what really annoys me? Anime that think just having a premise will be enough to fill a series (You need meat!). Non of the characters are distinctive in anyway and you will find yourself fighting boredom as you try and get to the end of each episode (While watching episode 5 I had to put the “gatchaman crowds” theme in the background just to make the scene more tense).

I have many problems with this anime and a lot of different complications show up in multiple episodes.

The tone in the anime is too serious for a show with no urgency (there is a bad guy, but his actions haven’t really been much of a threat to the police).

Leave a Reply to The Otaku Judge Cancel reply