Y-o A powerful computer and I choose to play…

T_T Sorry that I’m out of rhythm again.

I won’t be posting Thursday again because I need to do the 3rd revision of a company logo I’m working on.

Will try and watch an anime tomorrow (need to focus). 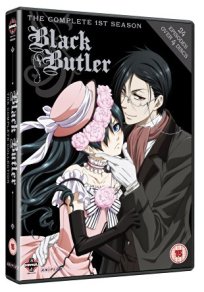 ^-o It’s odd how I avoid talking about anime DVD’s seeing as me and DB watch a load of them (he has no internet).

Black Butler is about a demon butler who is contractually linked to Ciel Phantomhive.

I have heard a lot about this anime and my reaction to the first 2 episodes was…. *drumroll*… annoyance.

I might have to re-watch it subbed because the Dub voices are so fake that my brain is naturally rejecting them as people (I don’t usually have a problem with Dub’s).

Seeing as I have read 2 volumes of the manga I think a little more context needs to be given to this one line: “I’m one hell of a butler”

In the manga I don’t think you know he is a demon when he first drops the line making you think:“There is something more sinister to this guy.” In the anime your reaction to the line after hearing it many times in 2 episodes is “It’s not funny the hundredth time you say it!”.

The animation looks feasible and the diversions from the source are understandable.

Protected: Can someone explain what is going on in the USA? *Got my answer*

There is a good reason I’m not social.

Had a woman pin me ageist a cash machine using a mountain buggy (It was placed 5cm behind me). she had her head peering over my solder she was so close.

I told her to back off but she gave me an emotionless passive response.

I fished using the machine and turned around.

me:“Can you please move the buggy.”

*She had it length ways.*

Person: “What are you mentally ill you freak.”

T_T I didn’t want to engage her In a fight so I just squeezed though the gap while we exchanged insults.

I walked down the pavement until the stress of the situation made me pass out.

Need one day off

When I original took the week off it was work on a design for logo, as you could probably guess that never happened.

o-o They are getting impatient and unfortunately Thursday and Sundays are the only days I can give the project my full 100% attention.

Y-Y  Maybe I should write an evaluation of the project after I’m done just to let off some steam.

The show is about a girl learning to scuba dive.

I feel so sorry for this anime! You can tell it wants to be a dramatic story about two friends who…..o-o why is it so dramatic?

At first I thought it was the lesbian over tones, but in later episodes those tones practically disappear into pure friendship. Is she beating though her emotional walls and finally making friends……. which was established in the first episode she had. She wants to be able to make her own choice…..by having someone pressure her to join a club???

I’m sorry! No matter how I look at it the drama in the anime feels very forced.

Every time the show tries to do a chibi comedy bit I have to roll my eyes and call the show ugly. The art shifts in this anime don’t work on any level, in fact a lot of the time it looks disproportionate or straight up terrifying.

kill it with fire!

I found that the show found its footing by episode 5 (I need to see where it takes this idea). 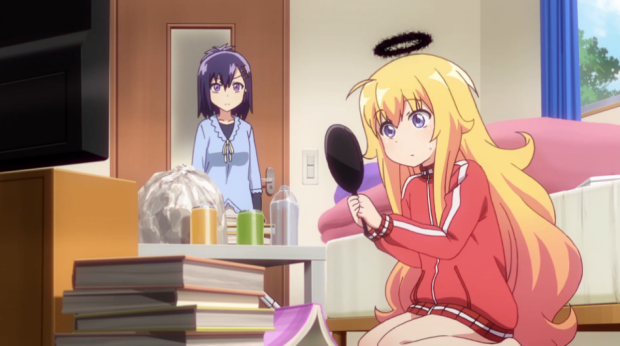 Run while you can girl!

This is a bland Moe show that is clearly using the idea of angels and demons as a thin skin.

Do you want to know the basic difference between a demon and an angel is?

The idea of good and bad is purely a human concept which we use to ground are morals (something they don’t need).

Ditching these extreme ways of being for human vessel just seem like  a waste of potential jokes. I like the idea of an angel being corrupted by a computer game, too bad there is no straight man for her to stand out as an anomaly.

Gourmet Dream is a better version of Conveni Dream…what ells is there to say?

In Conveni Dream one of the biggest problems is that the game practically plays itself along with there being no consequences to your actions (you can’t loose).

In Gourmet Dream you are given 3 modes to choose from “easy, normal and hard” along with being able to choose 3 locations to place your restaurant.You have to manage your money and your stock along with switching around your staff to allow time off.

I went bankrupted a lot while playing this! There so much you need to be keeping an eye on.

You no longer have restrictions on how much stuff you can buy based on your level.

If I had one complaint that carries over from the last game it would be that it’s hard to grab and return items (you have to keep your styles pressed down longer then you should).

The lack of sunlight is really starting to impact me! I had a strange dream I was living in a old church where it had been divided into loads of rooms being occupied by nerd/geeks.

no room belong to anyone meaning that if there was an unassigned bed across from you there might be a random occupant sleeping there in the morning(You had a key to lock your stuff under the bed).

*I can have very vivid dreams.*

Need to make a planner to get more out of my day (should’t be that hard).

hitorinoshita – The Outcast on hold 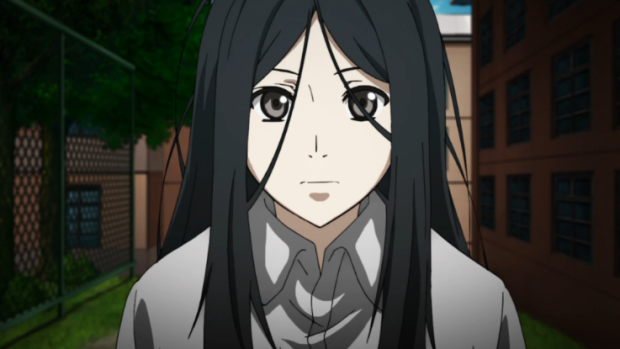 My computer is stuck in wide screen mode(my graphics card also seems to be malfunctioning).

*Long as my other programs work I can get around this madness.*

This is one of those anime that if not handled with care you might loose all interest in ever watching another anime.

T-O  Just by watching the 2nd episode I can say straight up that  this show will probably end up being  3 out of 10.

3: A show that doesn’t drain your spirit however, you will feel a deep scene of dissatisfaction followed by you asking “why dose this exist!”

Back up and working

I will have to go buy an external hard drive to improve the memory, but part from that she is in working order.

Both of my USB port are now working and my screen is no longer 1cm to the left…makes me wonder if my old windows 7 ever properly worked???

I knew it was getting bad because I couldn’t put disks in my drive anymore (you were never sure how it would react) and it would say the computer was processing too much when I only had two internet windows opened. The strangest things always happened in word, I’m talking sentence rearrangement and randomly placing me in different paragraphs while I was typing (It would active Cap lock at random).

Do you know what broke it?

The computer took over 10 minutes to activate that day!  That includes the first 3 minutes where it was telling me I had a hp pavilion.

As a last FU to me the OP attempted to damage the mane drive! Y_Y Lucky for me nothing in the drive was corrupted …..however, it was damaged in such a way that it will no longer work in a pc (Its as if a door had been locked).

My cousin managed to boot it up (new OS) and  told me: “I can see everything, but nothing is activating?”  The damaged had been done and all the files had to be shifted onto a new drive (they are all working now).

T_o I am planing on getting a new PC, just not at this current time.