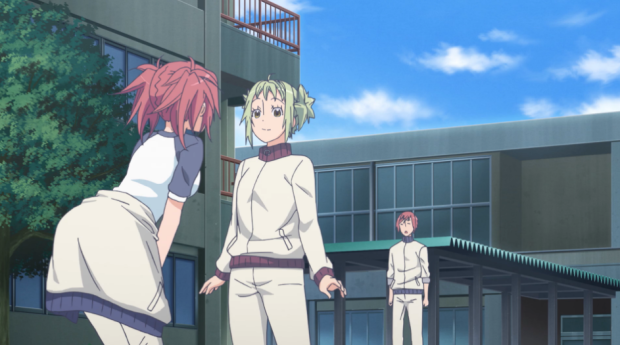 The show is about a girl learning to scuba dive.

I feel so sorry for this anime! You can tell it wants to be a dramatic story about two friends who…..o-o why is it so dramatic?

At first I thought it was the lesbian over tones, but in later episodes those tones practically disappear into pure friendship. Is she beating though her emotional walls and finally making friends……. which was established in the first episode she had. She wants to be able to make her own choice…..by having someone pressure her to join a club???

I’m sorry! No matter how I look at it the drama in the anime feels very forced.

Every time the show tries to do a chibi comedy bit I have to roll my eyes and call the show ugly. The art shifts in this anime don’t work on any level, in fact a lot of the time it looks disproportionate or straight up terrifying. 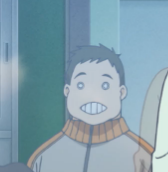 kill it with fire!

I found that the show found its footing by episode 5 (I need to see where it takes this idea). 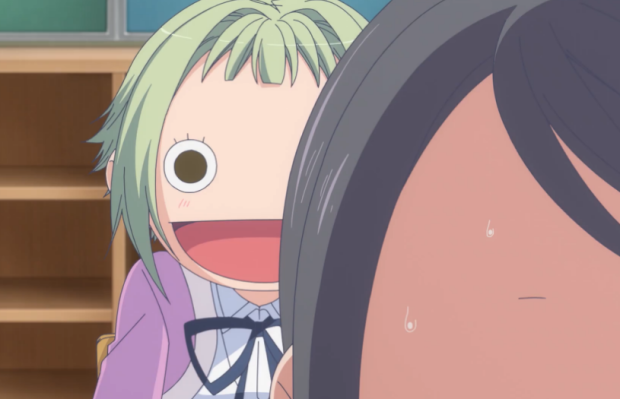 Why did I stop watching this mid episode? 1 minute in: I’m so bored!

I’m not really sure what this anime was trying to achieve? It has a relaxing tone and feel that lulls you into a relax state of being only to hurl you at a brick wall when you least expect.

What was the story of this episode? Answer: Girls went to school.

Look at that girls face!  It makes no sense seeing as this show is clearly not trying to go for wacky over the top comedy.  You could easily get an expression on a characters face without having to take the viewer away from the tone of the world the show is trying to set up.

*The joke shouldn’t look that out of place.*

I have no idea where the show plans to go with the set-up of: green haired, strange scuba girl and shy girl missing her friends.

Amanchu! : I fell asleep 12 minutes in

The thing about slice of life anime is that you have to make and establish you charterers fast, if you don’t the show will not grab the interest of the viewers (you are dependent on there reaction to the world around them).

What did I get from this show?: one is kooky and the other is waiting for a text.

The only part that had me think was when long haired girl was standing on that rock. WHY!? She went to a low point behind a cliff standing towards to ocean to get a phone signal?????That and she was clearly intruding on private property. 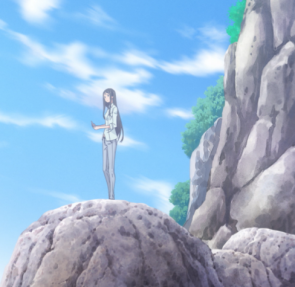 Is pointing your phone to the ocean an  actually way to get a phone signal???

The other thing that really bothered me while watching this was that the faces they used to create a comical feel to the show, it did not match up with the tone to show had created with its character designs and the atmosphere being given off by its backgrounds/animation. 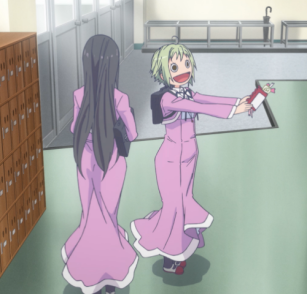