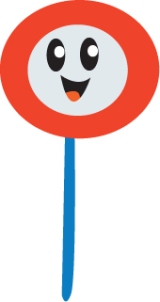 This is why wands don’t have faces.

This is about a girl who gets a magical talking wand and has to destroy monsters….. It sounds boring when I describe it.

This show has amazing animation and likable character, so why do I find myself feeling dissatisfied. This anime has plenty of action scenes that show off the many abilities that the wands are capable of, including moves that can only be accessed by the imagination of wielder.

This show loves to indulge all the senses in pure happiness, even if the actual episode has nothing happening you will still be amerced in the magical whimsy of the world they have created.

The characters are compelling however; I wonder who/what Miyu is because she doesn’t seem that human. *it very unnerving when I think about it.*

Are two main characters are:

Lllyasviel:  A quiet ditz who has blond hair… or was it white??? Let’s just say she has pale hair.  (Every time I try it remember this character I just see white hair.)

Miyu: I have two theories on Miyu, first being that he is a robot sent from the future to protect Lllyasviel or option two being that she is a very disturbed little girl.

I think one of the problems with this anime is that they pulled so many twists *oh no, he is not dead* that you really lose a lot of shock value.  Plus you could also pin the problem to the very thin story/plot, they never really expand on it outside of “oh I’m competing ageist my friend to collect cards” these card are capable of destroying cities and you just see it as a petty contest.

I also wonder where  the wands/ older girls come from, for even without the wands they can perform magic with crystals……how!

I understand that 10ep is not enough time to tell a deep/character fleshed story however, if this show spent more time getting to the point and less time meandering about we would have had everything explained by the time we got to the end.

Final thoughts: *I wonder how many sentient wands exist in that world *

It’s a good show….. It just does not inspire me to write a deep review about it.

First of all there is going to be a season 2. *woop woop*

The first half of this episode is exactly what we all wanted, kick-but action which surrounds you in amazing animation and finally closing up with a powerful finishing move.

I still find the reason the two girls fell out to be very forced and slightly confusing; There were times during this episode that I don’t even think the characters really understood why they fallout.                  (It just felt like a pointless excuse to cause conflict)

The second half of this episode just sort of meanders about, if I did not know any better I would of said that this show suddenly decided that it wanted to be a slice of life comedy for the last 15 minutes.        (It’s a very out of place filler section that really does not match the feel of the show)