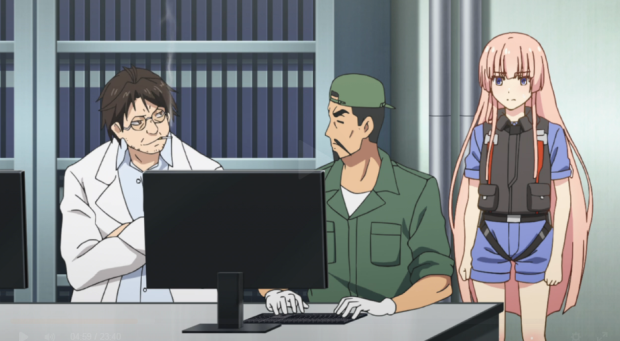 This show is boring!

This shows plot-hole is so big you drive a car though it. THERE IS NO REASON FOR THE PILOTS TO HAVE THE BODIES OF YOUNG GIRLS!

I think what made me snap was episode 3, for writing too a nose dive in this episode due to *gulp* them trying to create drama….and failing amazingly.  You can’t have people be perfectly OK with her walking around the base and even leaving into civilian location yet, get super angry when she eats food with them. You undermine the severity of the saturation along side making people just look like monsters.

Episode 2 was so slow that I fell asleep, when I woke up nothing had happened. 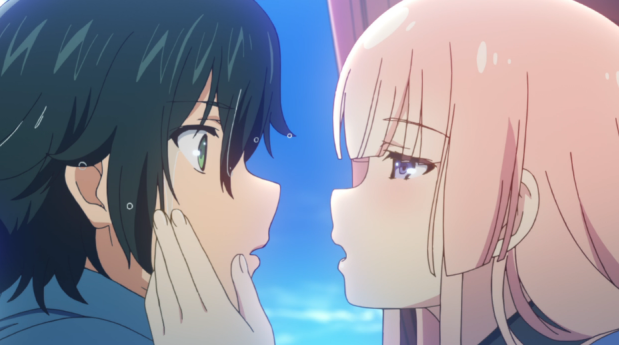 I don’t get it ether.

This anime is about planes…..I think.

The animation is bland, the character designs are bland and are main lead is bland. Here are some notes I took while watching.

It just seems odd to see a civilian jump out of his sub/boat onto a jet.

I have big question (15 minutes in), HOW DID YOU FIND HIM! “I followed him” no you didn’t, you where at home making dinner, that’s why you texted him.

“I have to keep you locked in my house, and treat you like a child, because I’m lonely.” *paraphrasing*  Was that really meant to come off that creepy, it sounds like the premise of a psychological thriller.

Think I have figured out what is wrong with this anime: It can’t transition. Whoever is writing this doesn’t know how to make one scene flow into the next one.  A lot of the time nonsense has to occurred just so the plot can move, which is problematic when your trying to keep a particular tone.

My favourite moment in this episode is a piano playing in the background:

Anime: “Are you feeling anything”

Me: “no, it just feels awkwardly funny”

*It goes on for way too long.*

“I’m going to tell you all my plans and show you are secret equipment.” WHY?! Because he stood by your fence? Your telling me those two are the first to walk there? He found it using his normal phone location app.

“It had a ugly crash” Yes that ugly crash that landed it perfectly on the water.

I have one big problem with this anime: If humans can’t the G force to keep up with the other plane, Why have a human in the plane at all?  Just make an AI that represents the Jet, That way you keep his obsession with planes more focused.

I want to see the plane, not the girl.