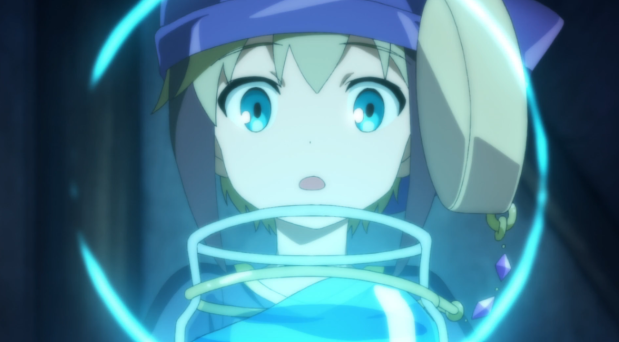 Did his dad trap the fairy in the jar, or is she the jar?

This an anime about a young monster soul healer and his fairy in a jar.

The show is simplistically pretty and is has consistent animation.

Now to the wired stuff, Why are the structures of these stories so muddled? I don’t mean this in the sense of, “The story is hard to follow” I mean it in the sense of “There ignoring the basics of how to construct a story.”

In the first episode it’s established that the hero lives in  a world  filled with human and monsters. Healers tame the monsters hearts allowing everyone to live in peace.

Can someone explain why he has a fear of monsters????  He doesn’t seem to be scared of evil monsters, just the nice ones….why?

Why is the dad telling his son what a healer is while he sleeps? How can these town exist peacefully with monsters if they don’t have a resident healers?

Why are the animal people and fairies (human sized) when the first episode established that it was a world of monsters and humans?

*The human fairies are stranger then you think. They shrink the main cast down but, they keep the water fairy small….then what is the point. Why didn’t you just make the normal human sized fairies just living around big tress. If they go though the portal there just normal sized humans (this is what happens when you add unexplained magical portal door in your story).*

You can’t just ignore your set up, by doing this the viewers has no idea what is strange and what is normal.

Did I mention that the stories in this show are infantile.

“I have a problem”

“let me help you”

There tried to throw in some commentary about sexism, but the story never established that she was forcible feminine around the guys, she just came off as a normal 5-7 year old. Which is a little creepy when you think about it (there forcing a child to be married).

This is a two-parter episode…..WHY! There isn’t enough content here for one episode. Let me describe this episode for you: two people fight over who is better and a small princess whines.

Posted in: first impression, Uncategorized | Tagged: anime, Merc StoriA, The Apathetic Boy and the Girl in a Bottle